Silchar being a developed city is connected to the rest of Assam and Northeast. The city is well connected by railways, airways, and roadways.

Silchar is one of the well known cities of India and well connected through airways to Guwahati and other northeastern states. Silchar airport is located about 22 km from Silchar town in Kumbhirgram. There are regular flights from Silchar airport to other northeastern states. The airport in silchar is considered to be the fourth busiest airport in the entire North east India after Guwahati, Imphal and Agartala. The Airport Authority of India controls the administration of the airport. 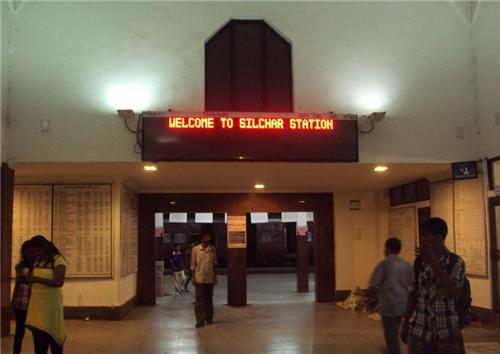 Distance Between Silchar and other Neighbouring Places

Silchar is ver well connected to other Northeastern states by the national highways. Silchar to Guwahati Bus services are also available. Regular bus facilities connects Silchar with Jorhat, Guwahati, Dibrugarh, Aizawl, Shillong, Agartala and other places. The Silchar-Shillong-Guwahati route, particularly the road between Silchar and Shillong, cause frequent landslides during the rainy seasons causing inconvenience to the travellers.

New Inter State Bus and Truck Terminuses have been recently constructed in Silchar. Silchar will be connected by the under construction east - west corridor in the east with Saurashtra in the west.

Cab services in Silchar are mostly useful for tourists who wish to travel within the city, for local sight seeing. Car rental service for local usage is divided into two types : Full Day Local service and Half Day Local Service. If one hire a cab for full day, the customer can use cab for 8 hrs and 80 kms and similarly for a half day one can avail the facility for 4 hrs and 40 kms.

One Can avail both this facilities anytime for local trips like  sightseeing, shopping, attending meetings and schools , for visiting hospitals,  Railway Transfer, Airport Transfer.