Located on the south bank of the river Barak, Silchar acts as the gateway to the state of Mizoram and part of Manipur. Silchar, the headquarter of the Cachar district of Assam is one of the important city in the Cachar District. 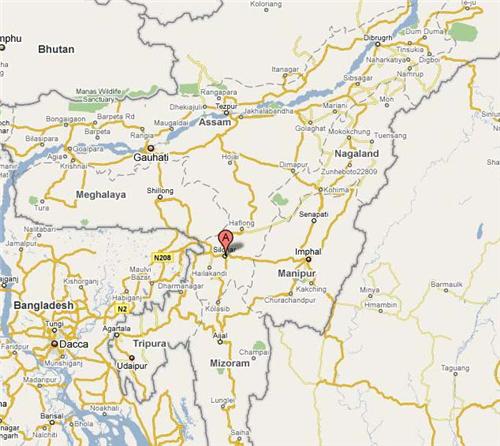 Silchar's topography is highly broken and undulated in nature. The town area of Silchar is located in an alluvial flat plain, spotted with swamps and bisected by stream and surrounded by isolated small hills (tillas). During the rainy season, River Barak flows and cause heavy flood to the town. Inundation is common phenomenon in Silchar due to the presence of Ghagra river in the west side of the town and other streams.

Climate and Temperature in Silchar

The Climate of Silchar is tropical by Nature. The wind generally in the morning blows from the northeast and in the afternoon from the southeast. Summer is hot and humid in Silchar. During the month of June and July one can witness heavy rainfall in Silchar. Normally, the period from May end to October is considered as flood season in Silchar. Winter generally begins towards the end of November and lasts till February.