The majority of the people in Sichar are Bengalees and the main language spoken is Sylhetti, a Bengali dialect.The city has the distinction of having the first polo club in the world. 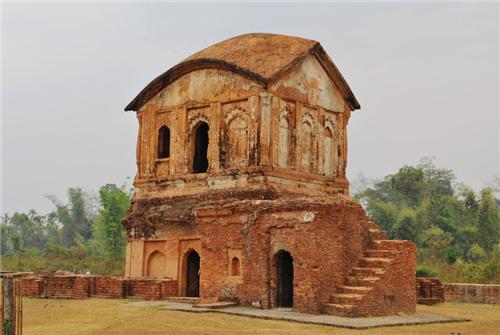 The name of the city Silchar goes back to the time of the British rule. Ships were docked on the banks of river Barak, during the time of the British. A market was developed at that place which served as a major place of trade and commerce. As the bank of the river used to be surrounded with stones, this place  as a result, came to be known as Shiler Chor which means  bank of stone. With time the name Shiler Chor became Silchar as pronunced by the local people.

Silchar served as the headquarters of the British, in the year 1833  In 1850 the first polo club in the world was set up in Silchar. In 1899 Silchar was brought into the Indian Railway map by the Assam Bengal Railway. A railway line from Lumding to Silchar was constructed. The British built meter gauge railway line in Silchar. Silchar witnessed a popular uprising to protect the Bengali language. The Assam government tried to make Assamese the official language in Silchar. The people of the Barak valley protested against this. A protest march was held at Silchar Railway Station. In 1961 the Assam police took harsh steps and fired upon the protestors. In the fire 11 people died. The Assam government was later compelled to make Bengali the official language in three districts of the Barak valley.

Silchar is located in 24.49' North and 92.48' East. Silchar is situated on southern part of Assam. It has an area of 15.75 km per sq. The Barail Hills falls to the north and Mizo hills to the south. To the east is Manipur and to the west is Bangladesh. The Barak valley consists of three districts- Cachar, Karimganj and Hailakandi.

In Silchar, weather remains pleasant throughout the year. Silchar has a tropical climatic condition. During summer (April-June) the temperature is hot and highly humid. Temperature hovers around 32 degrees. Winter starts from November and lasts till February. Winter is accompanied by fog in the morning and night. Monsoon starts from July and lasts till September.

Silchar is one of the main tourist places in the northeast. There are temples and places of historical significance in Silchar.The city of Silchar is endowed with many beautiful places of tourist attraction. Thousands of tourists visit the place to appreciate its beauty, every year. Some of the famous tourist attraction in Sichar are Sri Sri Kancha Kanti Devi temple which is located 17 kms away on the way to airport from Silchar in Udharband, Khaspur, Maniharan Tunnel,Martyrs Tomb at Gandhi Bag, Bhubaneswar Temple.

Silchar being a developed city is connected to the rest of Assam and Northeast. The city has a well connected air, rail and road network.There is meter gauge rail network to Lumding and Agartala. The Silchar railway station is located at Tarapur. Silchar airport is located at Kumbhirgram, about 22 km from Silchar town. There are regular flights to Guwahati and other Northeastern states from Silchar. Silchar is connected to Guwahati and other Northeastern states by the national highways. Bus facilities are available from Silchar to Guwahati.